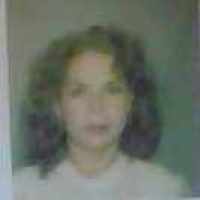 The Life of Dolores

Dolores Gollaz Aceves was born in Jalisco, Mexico as the daughter of Maximiliano Gollas Jaime and Domitila Aceves Estrada. She died in January 2010.

Put your face in a costume from Dolores's homelands.

1891 · The Garza Revolution
The Garza Revolution was a conflict fought between the residents of Coahuila and Texas. It began when a campaign to start an uprising against Porfirio Diaz. Even though it was a minor conflict, it is seen as a precursor to the Mexican Revolution.
1896 · The Yaqui Uprising
The Yaqui Uprising was a conflict that was fought between the residents of Sonora and Arizona over several days. It started as an agreement of the Native Americans, in the state of Sonora, and Lauro Aguirre to start by capturing the customs house in Nogales. This confrontation was one of the last battles during the American Indian Wars. Several people were killed and wounded but was a win in the Revolution of Mexico.
1923
United States recognizes Obregón government.

There are no historical documents attached to Dolores.