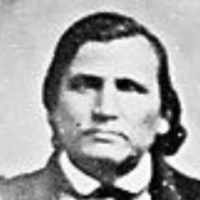 When Louis Saunsosee was born on 23 May 1823, in District Judiciaire de Québec, Canada East, British Colonial America, his father, Alexis Sansoucy, was 28 and his mother, Adelaide Rose, was 25. He married Susan Saunsosee before 1841. They were the parents of at least 3 sons and 3 daughters. He registered for military service in 1861. He died on 18 July 1890, in Thurston, Nebraska, United States, at the age of 67, and was buried in Macy, Thurston, Nebraska, United States.

name, of Germanic (Frankish) origin, from hlōd ‘fame’ + wīg ‘war’. It was very common in French royal and noble families. Louis I ( 778–840 ) was the son of Charlemagne, who ruled as both King of France and Holy Roman Emperor. Altogether, the name was borne by sixteen kings of France up to the French Revolution, in which Louis XVI perished. Louis XIV, ‘the Sun King’ ( 1638–1715 ), reigned for seventy-two years ( 1643–1715 ), presiding in the middle part of his reign over a period of unparalleled French power and prosperity. In modern times Louis is also found in the English-speaking world (usually pronounced ‘loo-ee’). In Britain the Anglicized form Lewis is rather more common, whereas in America the reverse is true.