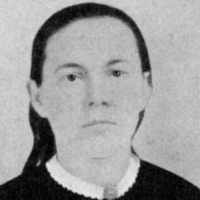 The Crimes Act was made to provide a clearer punishment of certain crimes against the United States. Part of it includes: Changing the maximum sentence of imprisonment to be increased from seven to ten years and changing the maximum fine from $5,000 to $10,000.
1835 · The Hermitage is Built

1 English: from the medieval personal name Den(n)is (Latin Dionysius, Greek Dionysios ‘(follower) of Dionysos’, an eastern god introduced to the classical pantheon at a relatively late date and bearing a name of probably Semitic origin). The name was borne by various early saints, including St Denis, the martyred 3rd-century bishop of Paris who became the patron of France; the popularity of the name in England from the 12th century onwards seems to have been largely due to French influence. The feminine form Dionysia (in the vernacular likewise Den(n)is) is also found, and some examples of the surname may represent a metronymic form.2 English: variant of Dench.3 Irish (mainly Dublin and Cork): of the same origin as 1 and 2, sometimes an alternative form to Donohue but more often to MacDonough , since the personal name Donnchadh was Anglicized as Donough or Denis.