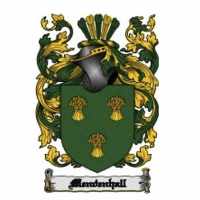 The Declaration of Independence was signed in Philadelphia on July 4, 1776. The liberty bell was first rung here to Celebrate this important document.
1780

English: habitational name for someone from either of two places called Mildenhall, in Suffolk and Wiltshire. The place in Suffolk may have been named in Old English as ‘middle nook of land’, from middel + halh, or it may be of the same origin as the Wiltshire place name, ‘Milda's nook of land’, from an unattested Old English personal name + halh. The spelling Mendenhall does not appear in English sources, and this may be a U.S. variant.