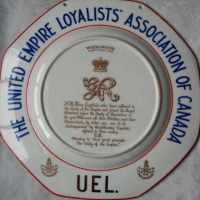 The Life of Justus

When Justus Sherwood was born on 7 March 1747, in Newtown, Fairfield, Connecticut Colony, British Colonial America, his father, John Sherwood, was 37 and his mother, Hannah Parruck, was 37. He married Sarah Bottum in 1774, in Shaftsbury, Bennington, Vermont, United States. They were the parents of at least 4 sons and 4 daughters. He died in 1798, in Trois-Rivières, Saint-Maurice, Quebec, Canada, at the age of 51, and was buried in Blue Church, Augusta, Leeds and Grenville, Ontario, Canada.

Put your face in a costume from Justus's homelands.

1 English: habitational name from a place in Nottinghamshire, around which once stood the famous Sherwood Forest. The place is so called from Old English scīr ‘shire’ or scīr ‘bright’ + wudu ‘wood’.2 Americanized form of some Jewish name.