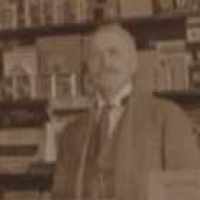 The Life of Thomas Erwin

Put your face in a costume from Thomas Erwin's homelands.

1 Northern English and Scottish: occupational name for a messenger, from an agent derivative of Middle English trot(en) ‘to walk fast’ (Old French troter, of Germanic origin, akin to 2 below).2 German: occupational name for a grape-treader, from a derivative of Middle High German trot(t)e ‘winepress’. The word and the surname are confined largely to Alsace, Lorraine, Switzerland, and Swabia.