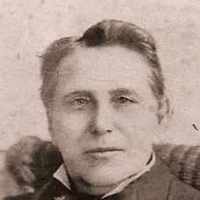 The Life Summary of Parshall Adam

Put your face in a costume from Parshall Adam's homelands.

Parshall married Olive Harriet Otto in Pottawattamie County, Iowa on 11 December 1851 - in the history of Olive H. Otto called Mormon Bride - Harriet claims that they were married in the Spring of 185 …