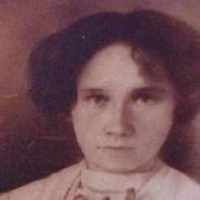 The Life of Leona Malinda

Put your face in a costume from Leona Malinda's homelands.

Rice is one Arkansas leading crops, in 1904 William H. Fuller planted 70 acres of rice, this act is what started the making rice the leading crop in Arkansas.
1904 · The World's Fair of 1904

St. Louis hosted the 1904 World's Fair and welcomed a crowd of 200,000 visitors on opening day of April 30, 1904. The fair had exhibits from 50 countries and 43 states. Several notable inventions showcased at the fair include iced tea and the ice cream cone. By the time of its closing in December 1904, over 20 million people had visited the fair.
1922 · The First Radio Station WOK Begins Broadcasting