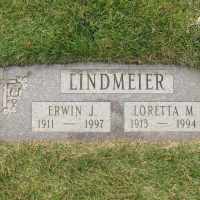 The Life of Loretta

Put your face in a costume from Loretta's homelands.

Charles Gates was the first person in the United States to install air conditioning in his home. Funny thing was, Gates died a year before it was installed.
1916 · The First woman elected into the US Congress

German (Bavarian) (also Pöschl): from a pet form of the personal name Peter .