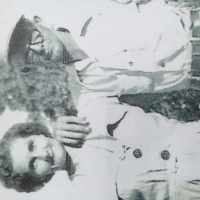 The Life of Nathan Albert

When Nathan Albert Adams was born on 13 January 1910, in Northumberland, Pennsylvania, United States, his father, Henry Daniel Adams, was 32 and his mother, Emma Jane Goodman, was 22. He had at least 1 son and 2 daughters with Mabel Irene Schaffer. He died on 3 November 1998, in his hometown, at the age of 88, and was buried in Hebe, Jordan Township, Northumberland, Pennsylvania, United States.

Put your face in a costume from Nathan Albert's homelands.

The Sixteenth Amendment allows Congress to collect an income tax without dividing it among the states based on population.
1935 · The FBI is Established