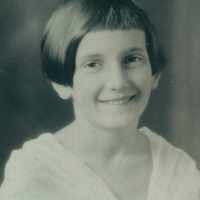 The Life of Orpha Arlene

When Orpha Arlene McGregor was born on 8 August 1920, her father, Thomas Edgar McGregor, was 33 and her mother, Jennie Abigail Whitcomb, was 33. She had at least 1 son and 1 daughter with William Fredrick Townsend. She lived in Camp Crook, Harding, South Dakota, United States for about 10 years. She died on 26 June 2000, in Idaho Falls, Bonneville, Idaho, United States, at the age of 79, and was buried in Rose Hill Cemetery, Idaho Falls, Bonneville, Idaho, United States.

Put your face in a costume from Orpha Arlene's homelands.