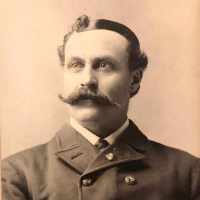 The Life of Miner Overton

When Miner Overton Davison was born on 28 February 1869, in Scots Bay, Kings, Nova Scotia, Canada, his father, George N. Davison, was 31 and his mother, Mary Ann Miner, was 21. He married Maria Louisa Comstock on 21 August 1891, in King, Halifax, Nova Scotia, Canada. They were the parents of at least 1 son and 1 daughter. He lived in Nova Scotia, Canada in 1911 and Boston, Suffolk, Massachusetts, United States for about 20 years. He died on 11 July 1954, in Columbus, Franklin, Ohio, United States, at the age of 85.

Put your face in a costume from Miner Overton's homelands.