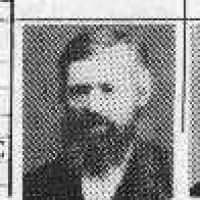 The Life of Peter Riley

Put your face in a costume from Peter Riley's homelands.

Convinced that a group of Native American tribes were hostile, The United States formed a frontier militia to stop them in their tracks. Even though Black Hawk was hoping to avoid bloodshed while trying to resettle on tribal land, U.S. officials opened fire on the Native Americans. Black Hawk then responded to this confrontation by successfully attacking the militia at the Battle of Stillman's Run and then left northward. After a few months the militia caught up with Black Hawk and his men and defeated them at the Battle of Wisconsin Heights. While being weakened by hunger, injuries and desertion, Black Hawk and the rest of the many native survivors retreated towards the Mississippi. Unfortunately, Black Hawk and other leaders were later captured when they surrendered to the US forces and were then imprisoned for a year.
1844 · Lumpkin's Jail

In 1844 when Robert Lumpkin bought land in Virginia, this would be the spot of the Infamous Slave Jail (or Lumpkin’s Jail). The slaves would be brought here during the slave trade until they were sold. Lumpkin had purchased the land for his own slave business.
1857 · The State Capital moves to Des Moines

Possibly an Americanized spelling of Schupp or Schuppe .

After Peter's parents died at Council Bluffs, Peter (age 16) was on his way with his other brothers and sisters on their way to Farmington with his older brother, John, when John passed away. After B …