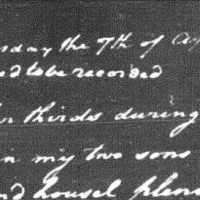 1 Scottish, English, and northern Irish: habitational name from any of the various places, for example in Lanarkshire (Scotland) and Dorset and Lancashire (England) called Crawford, named in Old English with crāwe ‘crow’ + ford ‘ford’.2 English: variant of Crowfoot ( see Crofoot ).