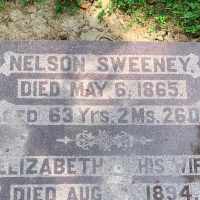 The Life of Nelson

During the New Madrid earthquakes of 1811-1812, the Kentucky Bend or New Madrid Bend was created. It is located in the southwestern corner of Kentucky on the banks of the Mississippi River.
1819 · Panic! of 1819