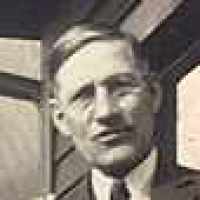 The Life of Andrew James

When Andrew James Kieffer was born in 1870, his father, Jacob Kieffer, was 33 and his mother, Balbina Wagner, was 26. He married Mary Isabel Clarke on 12 February 1901. They were the parents of at least 1 daughter. He lived in Chicago, Cook, Illinois, United States for about 10 years and Galena Township, LaPorte, Indiana, United States in 1940. In 1930, at the age of 60, his occupation is listed as superintendant at furniture house in Chicago, Cook, Illinois, United States. He died in December 1949, in Michigan City, LaPorte, Indiana, United States, at the age of 79.

Put your face in a costume from Andrew James's homelands.

Prohibits the federal government and each state from denying a citizen the right to vote based on that citizen's race, color, or previous condition of servitude. It was the last of the Reconstruction Amendments.
1872 · Montgomery Ward Inc.

Montgomery Ward was founded by Aaron Montgomery Ward after he observed that rural customers often wanted goods from the city but couldn’t get them because of distance and cost. Ward believed that he could cut costs and make a wide variety of goods available to rural customers. Ward and two partners used $1,600 to issue the first catalog in August 1872 and with its publication, rural retailers considered Ward a threat and publicly burned his catalog. Despite the opposition, however, the business grew at a fast pace over the next several decades and was almost as successful as Sears. In April 1944, U.S. Army troops seized the Chicago offices of Montgomery Ward & Company after President Roosevelt ordered it because of an unsettled strike request made by the workers. Eight months later, with Montgomery Ward continuing to refuse to recognize the unions, President Roosevelt issued an executive order seizing all of Montgomery Ward's property nationwide.
1892 · The Masonic Temple Building