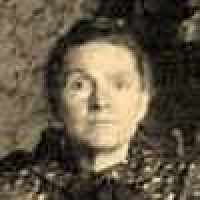 The Life of Harriet Emma

Put your face in a costume from Harriet Emma's homelands.

The Burtis Opera House opened in Davenport and could easily hold an audience of 1,600. It was a widely used facility and Mark Twain filled the house when he spoke on tour in 1869. It was also used to house Susan B. Anthony when she lectured on the woman's right to vote. The Quad City Symphony Orchestra played its first concert as the new Tri-City Symphony in the Opera House. An arsonist set fire to the building on the evening of April 26, 1921, and the building was severely destroyed. The building was rebuilt but was no longer used as an opera house.
1872 · The First National Park

1 English: from the Old English byname Draca, meaning ‘snake’ or ‘dragon’, Middle English Drake, or sometimes from the Old Norse cognate Draki. Both are common bynames and, less frequently, personal names. Both the Old English and the Old Norse forms are from Latin draco ‘snake’, ‘monster’ ( see Dragon ).2 English and Dutch: from Middle English drake, Middle Dutch drāke ‘male duck’ (from Middle Low German andrake), hence a nickname for someone with some fancied resemblance to a drake, or perhaps a habitational name for someone who lived at a house distinguished by the sign of a drake.3 North German: nickname from Low German drake ‘dragon’ ( see Drach 1).