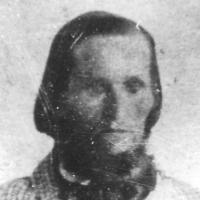 The Life of Luther William

Put your face in a costume from Luther William's homelands.

Life Sketch Luther William Glazier, upon reaching manhood, was 5 7″ and had a light complexion with brown hair and blue eyes. During the winter of 1846, Luther was among the Saints who fled Nauvoo, Il …