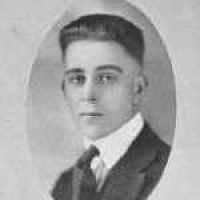 The Life of George Francis

When George Francis Staudt was born on 26 February 1900, in Lewistown, Fergus, Montana, United States, his father, George Staudt, was 32 and his mother, Lena Mollie Noreisch, was 20. He married Ruth Wilmot Morgan on 29 June 1930, in Spokane, Spokane, Washington, United States. They were the parents of at least 2 sons and 1 daughter. He died in October 1968, in Kellogg, Shoshone, Idaho, United States, at the age of 68.

President William McKinley was shot at the Temple of Music, in the Pan-American Exposition, while shaking hands with the public. Leon Czolgosz shot him twice in the abdomen because he thought it was his duty to do so. McKinley died after eight days of watch and care. He was the third American president to be assassinated. After his death, Congress passed legislation to officially make the Secret Service and gave them responsibility for protecting the President at all times.
1902 · Montana Capital Building Completed

Construction started on the Montana state capital in 1899. In 1902 the capital was completed.
1918 · Attempting to Stop the War