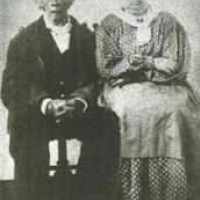 The Life of George Christian

Put your face in a costume from George Christian's homelands.

The Eleventh Amendment restricts the ability of any people to start a lawsuit against the states in federal court.
1799 · Gold Nuggets Found

1 English: habitational name from the place in Lincolnshire, the name of which means ‘Bōtwulf's stone’. This has been considered to refer to St. Botulf, and to be the site of the monastery that he built in the 7th century, but it is more likely that the Bōtwulf of the place name was an ordinary landowner, and that the association with the saint was a later development because of the name.2 Probably an altered spelling of German Basten and perhaps Bastian .

During the Civil War roving bands guerilla outlaws were terrorizing the Peyton Creek area of Smith County, Tennessee. My great great grandfather, George Boston, had a large log house & farm in the are …