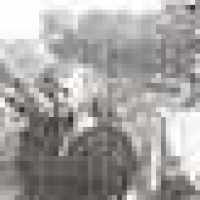 The Life of Florence Mae Ellis

Put your face in a costume from Florence Mae Ellis's homelands.

Angel Island served as a quarantine station for those diagnosed with bubonic plague beginning in 1891. A quarantine station was built on the island which was funded by the federal government at the cost of $98,000. The disease spread to port cities around the world, including the San Francisco Bay Area, during the third bubonic plague pandemic, which lasted through 1909.
1906 · Gary, Indiana, Is Founded

French:1. from the Germanic personal name Baldo, a short form of the various compound names with the first element bald ‘bold’. 2. nickname for a lively person, from Old French baud ‘joyful’, ‘abandoned’ (a word of Germanic origin— see above—but with an altered sense).