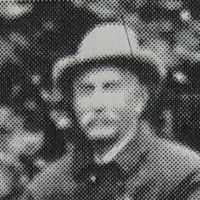 The Life of Rock

Put your face in a costume from Rock's homelands.

English:1. habitational name from any of various places so named. Those in Cheshire, Herefordshire, Shropshire, and Warwickshire are named from an Old English wilig ‘willow’ + Old English lēah ‘wood’, ‘clearing’; one in Devon probably has Old English wīðig ‘willow’ as the first element, while one in Surrey has Old English wēoh ‘(pre-Christian) temple’. 2. variant spelling of Willy 2.