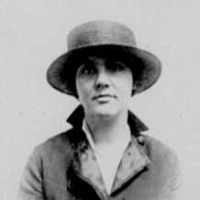 The Life of Mary Eleanor

When Mary Eleanor Mortimer was born on 25 April 1887, in New York City, New York, United States, her father, Richard Mortimer, was 35 and her mother, Eleanor Jay Chapman, was 22. She had at least 2 sons with Maxime Hubert Furlaud. She died on 4 July 1958, in her hometown, at the age of 71, and was buried in Tuxedo Park, Tuxedo, Orange, New York, United States.

Put your face in a costume from Mary Eleanor's homelands.

English, Welsh, Scottish, and Irish (of Norman origin): habitational name from Mortemer in Seine-Maritime, France, so called from Old French mort(e) ‘dead’ + mer ‘sea’ (Latin mare). The place name probably referred to a stagnant pond or partly drained swamp; there may also have been an allusion to the Biblical Dead Sea seen by crusaders. The Norman surname was taken to Ireland from England in the medieval period, where it has also been adopted by bearers of the Gaelic surnames Mac Muircheartaigh and ÓMuircheartaigh, commonly Anglicized as McMurty and Mortagh. Compare McMurdo .