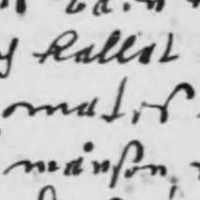 The Life of Mats

Put your face in a costume from Mats's homelands.

By 1658, Sweden had become a great power in northern Europe. The Great Northern War from 1700 through 1721 resulted in the loss of land amassed by Sweden in areas such as Germany, Norway, and Denmark. Nearly 200,000 Swedes lost their lives due to the war while Sweden lost much of its dominance in the Baltic Region.