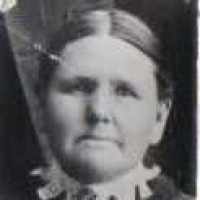 Heber City Biographies, found in the book entitled How Beautiful Upon the Mountains, A Centennial History of Wasatch County