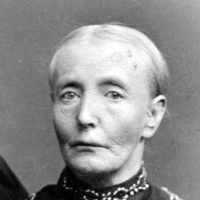 The Life Summary of Eunice Clarinda

Put your face in a costume from Eunice Clarinda's homelands.

HISTORY OF THOMAS TURNER (wife, Eunice Clarinda Teeples) By La Nola S. Turner Thomas Turner was a noble and faithful pioneer. He was born Jan. 23, 1830 in Wotten Under Edge, Glouestershire …