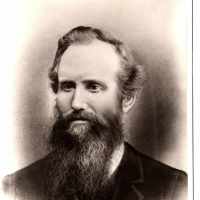 The Life Summary of Sidney Rigdon

Put your face in a costume from Sidney Rigdon's homelands.

NICHOLAUS GOURLEY TEEPLES - Nicholaus Gourley, daughter of Paul and Margaret Gourley, was born in Cornbrue, Scotland, on December 6, 1844. When only eight years old, her mother died, leaving her fathe …