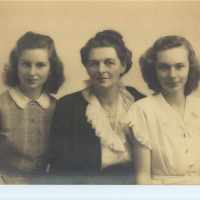 The Life of Eleanor Lippincott

Put your face in a costume from Eleanor Lippincott's homelands.

President William McKinley was shot at the Temple of Music, in the Pan-American Exposition, while shaking hands with the public. Leon Czolgosz shot him twice in the abdomen because he thought it was his duty to do so. McKinley died after eight days of watch and care. He was the third American president to be assassinated. After his death, Congress passed legislation to officially make the Secret Service and gave them responsibility for protecting the President at all times.
1901 · Maggie Lena Walker Opens Bank

Maggie Lena Walker was the first African American and woman to open a bank. She opened the St. Luke Penny Savings Bank on August 20, 1901. She encouraged the young people to start saving their pennies in her bank and when they hit a hundred pennies they could start a bank account with the bank.
1919 · The Eighteenth Amendment

1 Scottish, northern English, and northern Irish: from a genitive or plural form of Old English cnocc ‘roundtopped hill’, hence a topographic name for someone who lived on a hilltop, or a habitational name from one of the places in Scotland and northern England named with this element, now spelled Knock, in particular one in Renfrewshire.2 The surname is also borne by eastern Ashkenazic Jews as an Americanized form of one or more likesounding Jewish surnames.