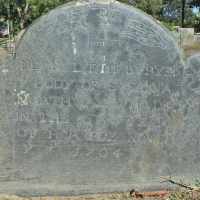 When Susannah Briggs was born on 21 September 1641, in Little Compton, Newport, Rhode Island, British Colonial America, her father, Reverend John Briggs, was 32 and her mother, Sarah Cornell, was 14. She married William Palmer in 1663, in Dartmouth, Bristol, Massachusetts Bay Colony, British Colonial America. They were the parents of at least 3 sons and 2 daughters. She died on 7 November 1704, in her hometown, at the age of 63, and was buried in Old Commons Burial Ground, Little Compton, Newport, Rhode Island, United States.