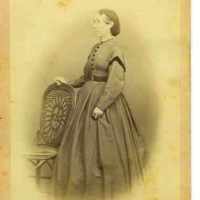 The Life of Maria L

Put your face in a costume from Maria L's homelands.

The Crimes Act was made to provide a clearer punishment of certain crimes against the United States. Part of it includes: Changing the maximum sentence of imprisonment to be increased from seven to ten years and changing the maximum fine from $5,000 to $10,000.
1834 · Vermont Anti-Slavery Society is Formed

The Anti-Slavery Society of Vermont was established in 1834. 100 people from different towns were at the first meeting, with the intent to abolish slavery.
1846

English: from the Middle English personal name Bartlet, a pet form of Bartholomew .