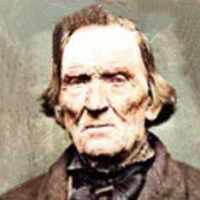 The Life Summary of George Deliverance

Put your face in a costume from George Deliverance's homelands.

MARY ELLEN JOHNSON WILSON Mary Ellen Johnson was born at Pomfret, New York on 7 February, 1820. She was the eleventh child of Ezekiel and Julia Hills Johnson. By this time a great sorrow had come to …