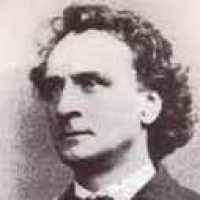 English (northern): topographic or occupational name from Middle English bothe (Old Danish bōth) ‘temporary shelter, such as a covered market stall or a cattle-herdsman's hut’. The latter sense was predominant in the Pennines of Lancashire and Yorkshire, where there were many cattle farms or vaccaries, and whose subdivisions were known as ‘booths’. The principal meaning of the surname there was therefore probably ‘cattle herdsman’, ‘man in charge of a vaccary’, and thus identical with Boothman . Elsewhere it may have denoted a shopkeeper who owned a temporary market stall, but no evidence has been found to confirm this use of the surname. In the British Isles the surname is still more common in northern England, where Scandinavian influence was more marked, and in Scotland, where the word was borrowed into Gaelic as both(an).

Put your face in a costume from Richard Junius's homelands.