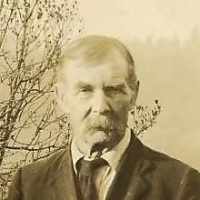 When William James Webb was born on 28 October 1858, in Toms River Township, Ocean, New Jersey, United States, his father, Charles Marles Webb, was 24 and his mother, Hannah Simock Wilbert, was 21. He married Margaret Isabel Dunson on 26 January 1895, in Salt Lake, Utah, United States. They were the parents of at least 3 sons and 2 daughters. He died on 19 June 1934, in Dallas, Polk, Oregon, United States, at the age of 75.

Thomas Edison had been seeking to create a more practical and affordable version of the lightbulb, primarily for home use. Edison had attempted several different materials, including platinum and other metals, before ultimately deciding on a carbon filament. On October 21, 1879, Edison finally carried out the first successful test of this new light bulb in Menlo Park, New Jersey.

William James Webb was born on 28 October 1858 in Toms River, Ocean, New Jersey to Charles Marles and Hannah Simock Wilbert Webb. He was the oldest of six children, one girl and five boys. Hi …