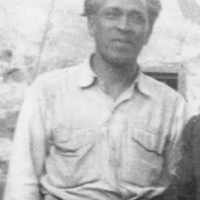 The Life of Augusto Alfredo

When Augusto Alfredo Yactayo Portuguez was born on 16 September 1899, in Lunahuaná, Cañete, Lima, Peru, his father, Mariano Jesus Yactayo Sanchez, was 33 and his mother, Herminia Portuguez Henriquez, was 32. He had at least 4 sons and 2 daughters with zoila Alejandrina Baluarte Moreyra. He died on 18 February 1986, in Callao, Peru, at the age of 86, and was buried in Cementerio Baquijano, Callao, Callao, Peru.

Put your face in a costume from Augusto Alfredo's homelands.

Peru fights border war with Ecuador over Cordillera del Condor, which a 1942 protocol had given to Peru.