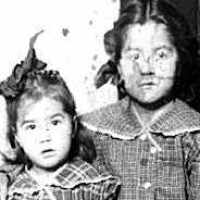 The Life of Mary Magdelene

Put your face in a costume from Mary Magdelene's homelands.

Being modeled after the Boy Scout Association in England, The Boy Scouts of America is a program for young teens to learn traits, life and social skills, and many other things to remind the public about the general act of service and kindness to others.
1914 · Florida Involvement in World War I

Florida contributed to World War I in several ways. The state's open land and warm climate made for a great military training location. Additional technological and agricultural developments took place in Florida as well. Roughly 42,030 Floridians joined the troops during 1917 and 1918.
1935 · The FBI is Established

English: from the medieval personal name Ton(e)y, a reduced form of Anthony .