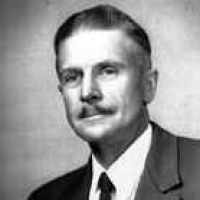 The Life Summary of Clyde Roland

Put your face in a costume from Clyde Roland's homelands.

A Royal decree was issued on April 7, 1906, which introduced a new way of spelling and orthography reform in schools. Many protested the new changes.

Clyde Gustafson, Son of Carl Axel Gustafson and Anna Carolina Kvistberg, was born May 2nd, 1905, in Draper, Utah. His Father's family moved to Treasureton, Idaho in 1920 to farm and raise cattle due t …