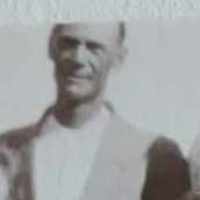 The Life of Johannes Hendrik

When Johannes Hendrik Harmse was born on 13 September 1889, his father, Johannes Hendrik Harmse, was 37 and his mother, Hester Magdalena Bezuidenhout, was 23. He married Magdalena Elizabeth Jacoba Luther on 28 August 1917, in Rustenburg, Transvaal, South Africa. They were the parents of at least 1 son and 3 daughters. He died on 28 November 1964, in Derby, Rustenburg, Transvaal, South Africa, at the age of 75.

Put your face in a costume from Johannes Hendrik's homelands.

British troops gather on the Transvaal border and ignore an ultimatum to disperse. The second Anglo-Boer War begins.
1909