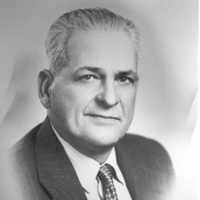 Like the Boy Scouts of America, The Girl Scouts is a youth organization for girls in the United States. Its purpose is to prepare girls to empower themselves and by acquiring practical skills.
1 Dutch and French: from a variant of the personal name Mathias ( see Matthew ).2 English: patronymic from a pet form of Matthew .

Berrien Press obituary states that he died at 2PM at his home in Nashville. This is all true, but here is the "rest of the story": I was coming home from school on a Tuesday (Usually walked to and …