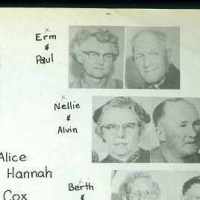 The Life of Erma Alice

Put your face in a costume from Erma Alice's homelands.

The first of many consumer protection laws which ban foreign and interstate traffic in mislabeled food and drugs. It requires that ingredients be placed on the label.
1916 · Parcel Post Bank Constructed

"The Bank of Vernal is constructed in 1916, using bricks from Salt Lake City. Later on the bank of Vernal is known as the """"Parcel Post Bank"""" because the bricks used in constructing the building are mailed to Vernal because it is the cheapest method at the time."
1931