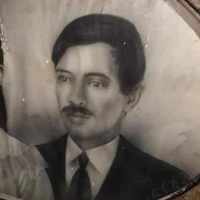 The Life of Francisco

Put your face in a costume from Francisco's homelands.

Proclamation against Díaz issued by the liberals in St. Louis, Missouri.
1926

1 Spanish, Catalan, Asturian-Leonese, and Galician: habitational name from any of the numerous places, large and small, named Quintana, from quintana ‘country house’ (originally having a tax liability of one fifth of the annual produce).2 variant of French Quintaine, from an Old French term denoting a post for jousting practice, hence a nickname for one who was skilled at this.

Francisco and Ramona had a little store together. Seeking more information regarding this story!