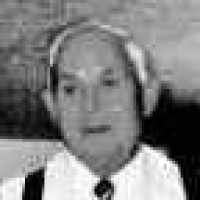 The Life of Deloy

Put your face in a costume from Deloy's homelands.

The Star-Spangled Banner is adopted as the national anthem.
1941 · Comanche Code Talkers

Many Native Americans from Oklahoma were once again employed as code talkers during WWII to create a code impenetrable by enemies. Rather than Choctaw, a Comanche-language code was developed. Several of these men were sent to invade Normandy to send messages. None of the men were killed and the Comanche code was never broken.
1951 · The Twenty-Second Amendment

English: from the Middle English personal name Cudbert, Old English Cuðbeorht, composed of the elements cūð ‘famous’, ‘well known’ + beorht ‘bright’, ‘famous’. The name was borne by a 7th-century saint, bishop of Hexham and later of Lindisfarne, and remained popular because of his cult throughout the Middle Ages, especially in northern England and the lowlands of Scotland.