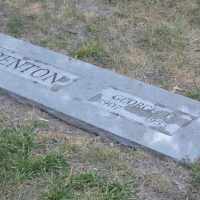 The Life of George Griffith

Put your face in a costume from George Griffith's homelands.

English: habitational name from a pair of villages in Northumbria named with Old English bēan ‘beans’ (a collective singular) or beonet ‘bent grass’ + tūn ‘enclosure’, ‘settlement’. The name is now most frequent in the West Midlands, however, so it may be that a place of the same name in that area should be sought as its origin.