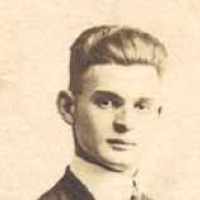 The Life of Willard Nicholas

Put your face in a costume from Willard Nicholas's homelands.

"Henry Ford built his first gasoline-powered vehicle, named the Quadricycle, in 1896, at his home in Detroit. Ford sold the Quadricycle for $200 and used the money to build a second car. In 1901, Ford raced his car ""Sweepstakes"" against Alexander Winton and won. The victory resulted in publicity for Ford which allowed him to gain investors for his new company, Ford Motor Company. The first Model A was sold on July 23, 1903, and the company was incorporated on November 13, 1903."
1916 · The First woman elected into the US Congress

Dutch and Belgian: habitational name for someone from any of the places called Zandt, in Gelderland, Friesland, South Holland, and Zeeland; or Zande in Belgium. See also Vanderzanden .