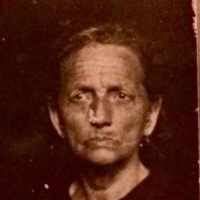 The Life of Ermelinda

When Ermelinda Anselmi was born on 3 June 1863, in Villastrada (Santa Agata), Dosolo, Mantova, Lombardy, Italy, her father, Giovanni Anselmi, was 32 and her mother, Tereza Casoni Di Lorenzo, was 28. She married Cesare Storti on 28 June 1892, in Mogi Mirim, São Paulo, Brazil. They were the parents of at least 5 sons and 4 daughters. She died on 14 June 1953, in São Paulo, Brazil, at the age of 90, and was buried in Cemitério do Brás, São Paulo, São Paulo, Brazil.

Put your face in a costume from Ermelinda's homelands.

Italy abolishes the monarchy and establishes a republic.
1947

1 Italian: patronymic or plural form of Anselmo .2 German and Dutch: humanistic surname from the genitive of Anselmus, Latin form of Anselm .