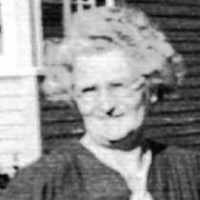 The Life of Ethel Amelia

Put your face in a costume from Ethel Amelia's homelands.

The National Council of Women of New Zealand was created as an organization after women won the right to vote. Today works to help achieve gender equality in New Zealand and in 2017 introduced Gender Equal NZ, which is fighting for Zealanders to have the freedom and opportunity to determine their own future no matter which gender they are.
1907

The country becomes a dominion, or self-governing community, within the British empire.
1923 · New Zealand's Claim to Antartica

1 English: from an Old English byname, Budde, which was applied to a thickset or plump person. By the Middle English period it had become a common personal name, with derivatives formed with hypocoristic suffixes, Budecok and Budekin. Reaney derives it from Old English budda ‘beetle’.2 Shortened form of German Budde .