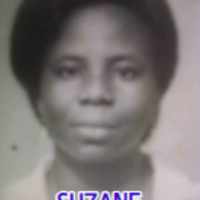 The Life of Apha Jacqueline

Put your face in a costume from Apha Jacqueline's homelands.

Fighting erupts between Gbagbo's mainly southern Christian supporters and followers of Ouattara, who are mostly Muslims from the north.
2002

Japanese: variously written, with Chinese characters used phonetically. Listed in the Shinsen shōjiroku, the Abe claim descent from Ōhiko, first son of the mythical Emperor Kōgen. There are several places in Japan named Abe, which means ‘sun festival’ in the Ainu language. Some Ainu connections may be assumed, but the name could also be purely habitational. It is found mostly in northeastern Japan, the island of Kyūshū, and the Ryūkyū Islands.

There are no historical documents attached to Apha Jacqueline.