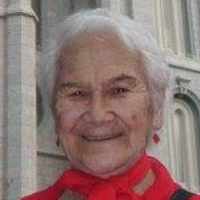 When Rhybon Pekama was born on 5 October 1921, in Ngawha, Auckland, New Zealand, her father, Renata Waikakari Kawana Pekama, was 28 and her mother, Reiha Miria Edmonds, was 24. She married Ianga Atawhai Pere Wihongi on 3 November 1943. They were the parents of at least 2 daughters. She died on 4 July 2015, in Tokoroa, Waikato, New Zealand, at the age of 93.

Put your face in a costume from Rhybon's homelands.

Polish (Pękala, Pękała): nickname from the Polish dialect term pękal ‘short, fat man’, or possibly a nickname from a derivative of pękać ‘to burst or explode’.

Jenny Hewett She has touched the life of many. My sister Betty married her son Gordon. I remember going to Awarua, and seeing her wake before the sun rose and retire for the night well after the sun …