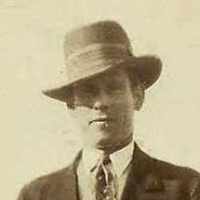 The Life of Henry Cecil Redvers

Put your face in a costume from Henry Cecil Redvers's homelands.

President William McKinley was shot at the Temple of Music, in the Pan-American Exposition, while shaking hands with the public. Leon Czolgosz shot him twice in the abdomen because he thought it was his duty to do so. McKinley died after eight days of watch and care. He was the third American president to be assassinated. After his death, Congress passed legislation to officially make the Secret Service and gave them responsibility for protecting the President at all times.
1903 · Ford Motor Company

"Henry Ford built his first gasoline-powered vehicle, named the Quadricycle, in 1896, at his home in Detroit. Ford sold the Quadricycle for $200 and used the money to build a second car. In 1901, Ford raced his car ""Sweepstakes"" against Alexander Winton and won. The victory resulted in publicity for Ford which allowed him to gain investors for his new company, Ford Motor Company. The first Model A was sold on July 23, 1903, and the company was incorporated on November 13, 1903."
1920