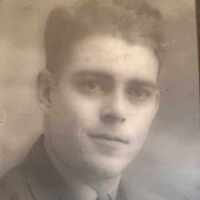 The Life of Julius Calvin

Put your face in a costume from Julius Calvin's homelands.

In 1931, a full scale replica of the Parthenon in Greece was erected in Nashville, Tennessee. The Parthenon was meant to be temporary, but became a permanent part of Tennessee culture. It also has a replica of the statue of Athena the Goddess of War.At the same time a city over Memphis built  giant pyramid replica to remind everyone what the city was named for.
1941

1 English: status name from Middle English frankelin ‘franklin’, a technical term of the feudal system, from Anglo-Norman French franc ‘free’ ( see Frank 2) + the Germanic suffix -ling. The status of the franklin varied somewhat according to time and place in medieval England; in general, he was a free man and a holder of fairly extensive areas of land, a gentleman ranked above the main body of minor freeholders but below a knight or a member of the nobility.2 The surname is also borne by Jews, in which case it represents an Americanized form of one or more like-sounding Jewish surnames.3 In modern times, this has been used to Americanize François, the French form of Francis .