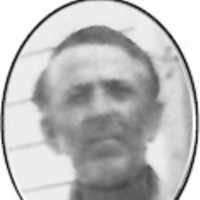 This Act tried to prevent the raising of prices by restricting trade. The purpose of the Act was to preserve a competitive marketplace to protect consumers from abuse.
1 Irish: Anglicized form of Gaelic Mac Canann or Ó Canann (Ulster), or Ó Canáin (County Galway) ‘son (Mac) or descendant (Ó) of Canán’, a personal name derived from cano ‘wolf cub’. In Ulster it may also be from Ó Canannáin ‘descendant of Canannán’, a diminutive of the personal name.2 English: from Middle English canun ‘canon’ (Old Norman French canonie, canoine, from Late Latin canonicus). In medieval England this term denoted a clergyman living with others in a clergy house; the surname is mostly an occupational name for a servant in a house of canons, although it could also be a nickname or even a patronymic.